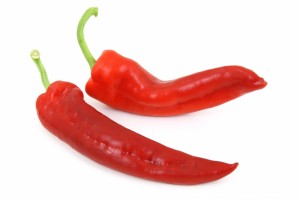 Happy New Year everyone.  Now that the festivities are finished many people will be seeking to improve their health and perhaps lose some weight.  I’ve had a look at some weight loss research and have summarised it in to practical (dare I say, “easy”?) dietary suggestions.  Here’s the evidence based research:-

No need to reduce your portion sizes to lose weight

An interesting 2004 study demonstrated that people given a salad along with an “all you can eat” pasta meal consumed more food but less calories overall.(1)

Eating more water and fiber rich vegetables (which are naturally low in calories) means you are filling up on lower calorie foods which reduces the desire for higher calorie foods like pasta.

Vegetarians have been shown to have an 11% higher resting metabolic rate (i.e., a faster metabolism)(2) meaning they burn calories more quickly.  On average, vegetarians consume 363 calories (kcal) less than non-vegetarians without dieting and also manage to maintain a healthy weight in the longer term.(3)  The authors of this study say:-

Just following a vegetarian diet alone, without focusing on calorie restriction, could result in weight loss.

An added bonus is that vegetarian diets have been demonstrated to be sustainable over the longer term.(4)

If you can’t manage vegetarian, try reducing your meat intake

One of the largest nutrition studies ever has found that a decrease in meat consumption may improve weight management (after controlling for calorific intake and underlying dietary patterns).  An intake of 250g of meat per day leads to an annual weight gain 422g higher than a lower meat content diet (after 5 years this would be >2kg higher).(5)

The “energy balance” equation (calories IN=calories OUT) may lead people to believe that both diet and exercise have the equivalent impact on weight loss however a 2011 study has demonstrated that this is not so.  Energy intake (diet) influences “energy balance” far more powerfully.(6)  In other words, it is difficult to exercise away the calories and may be easier to avoid consuming them in the first place (refer to previous suggestions of ways to do this).

Chocolate and nuts are “fattening”

There are some variable quality studies that have shown chocolate is not associated with increased weight(7), (8) and others that show it is .(9)  On balance, I would suggest that milk chocolate is best avoided completely.  As chocolate “is the most commonly craved food in the world”(10) I would suggest that a good quality dark chocolate consumed in small amounts (1-2 squares) occasionally (once or twice a week) might be an option.

Nuts are not “fattening” and they may even help you to lose weight.  Studies have shown that adding nuts to people’s diets, without restricting calories, fails to cause any weight gain.(11), (12), (13), (14)  A 2011 study showed that fruit and nut bars do not cause weight gain(15) but I would advise against these as they contain dried fruit which is very high in sugar.

Beware of smoothies but embrace soups

Smoothies are cold and can therefore be gulped down quickly meaning people may be inclined to consume more calories before their brain has had time to register that they are “full”.(16)  With soups, because they are hot, the opposite is the case resulting in feelings of “fullness” for less calories. (17)

Several large scale studies have found a correlation between weight gain and diet drink consumption.(18)  When people consume diet drinks and know that they are low calorie, they are more likely to consume excess calories at another time ultimately leading to weight gain.(19)

When the body stores fat it can be stored as either “white” or “brown” fat.  Our brown body fat generates heat when we are cold and therefore plays an important role in regulating body temperature and weight.(20)  Researchers have shown that brown fat can be activated by exposing ourselves to cold temperatures for prolonged periods (not recommended) and consuming certain foods such as capsaicin (chillies).(21), (22), (23)  Because of their similar chemical composition, ginger and black pepper may have the same effects but so far there are no studies to support this. (24)  If like me, you don’t like the cold and are not a fan of very spicy food you could try increasing your arginine rich foods such as soy, seeds nuts and beans which also activates brown fat.(25)

We are poor judges of how hungry we are and what effect food is having on us.  Watch this video about Alia Crumb’s work on the placebo effect and Milkshakes for an entertaining explanation https://www.youtube.com/watch?feature=player_embedded&v=pIfhxt0JCok#t=17.